The issues pertaining to enhancing cooperation in trade and investment were tackled during a meeting on September 2 by Prime Minister of Ukraine Denys Shmyhal and Minister of Commerce and Industry and Acting Minister of Finance of the State of Qatar Ali bin Ahmed Al Kuwari.

Denys Shmyhal stressed that the development of comprehensive and mutually beneficial cooperation with Qatar is an important priority of Ukraine's foreign policy. The Prime Minister dwelled on the intensification of trade between Ukraine and Qatar during 2017-2020.

"According to the results of 2020, the volume of trade in goods and services between our countries amounted to $146 million. The dynamics of trade between Ukraine and the State of Qatar gives grounds for expecting further growth," the Head of the Ukrainian government said.

The Minister of Commerce and Industry of Qatar, in his turn, stressed that due to the agreements between the President of Ukraine and the Emir of Qatar, the second meeting of the Joint Commission on Economic, Trade and Technical Cooperation was held during which priority areas of cooperation, in particular in trade, economic, investment, agricultural spheres were identified.

Moreover, following the meeting of the Joint Commission, an agreement was reached on the establishment of a Joint Business Council. 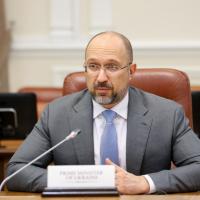 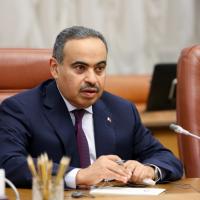