Prime Minister of Ukraine Denys Shmyhal held a meeting with Minister of Foreign Affairs and International Cooperation of Italy Luigi Di Maio within a framework of his official visit to Kyiv on June 10.

The parties discussed pressing issues of trade, economic and investment cooperation, as well as cooperation in the field of energy and infrastructure.

The Prime Minister stressed that Ukraine will kick off the process of privatization of large state-owned enterprises this year and invited representatives of Italian business to participate in tenders.

"The auctions have demonstrated a great interest from foreign investors, so that the process of large and small privatization can be interesting for the further development of business in Ukraine," Denys Shmyhal emphasized.

The Head of the Ukrainian government also noted positive trends in trade between Ukraine and Italy. According to the PM, the turnover for the first five months of 2021 increased by 39.2% and amounted to $2.1 billion.

"Ukraine is ready to offer Italian business the benefits of the Deep and Comprehensive Free Trade Area between Ukraine and the EU, in particular in the format of industrial cooperation, including the implementation of joint production projects," the Prime Minister stressed.

Moreover, the sides voiced issues of cooperation in the agricultural and energy sectors.

"The European green course is one of our Government’s priorities. We are keen on the joint efforts targeted at achieving the goals of the Grean Deal, and are interested in the development of alternative energy technologies, " the Prime Minister underlined.

Among other things, the Prime Minister invited Italian companies to cooperate in the field of gas production.

Apart from that, the parties touched upon cooperation in infrastructure projects, in particular on the development of the railway.

"I would like to place an emphasis on the importance of the recently signed Memorandum between JSC" Ukrzaliznytsia "and the National Railway Company of Italy on the implementation of the high-speed rail project. This is an important and promising project. I am convinced that this cooperation has a wide range of opportunities," said Denys Shmyhal.

For his part, Luigi Di Maio stressed that Italy fully supports Ukraine's European aspirations and the implementation of reforms, including agrarian, anti-corruption, and judicial.

Denys Shmyhal thanked Italy for its continued support for Ukraine’s sovereignty and territorial integrity, as well as for Ukraine’s aspirations towards the EU and NATO integration. 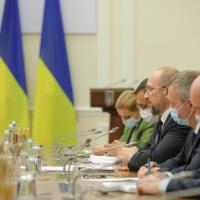 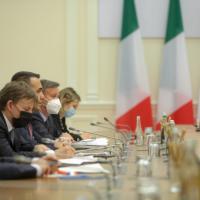 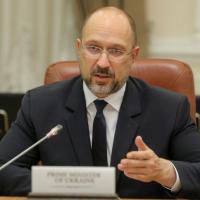 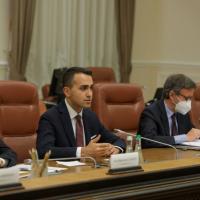